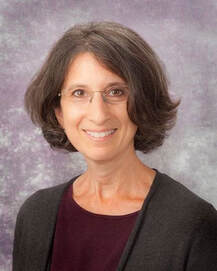 I hadn’t thought much about the U.S. Census until the controversy around immigration status arose. Then, at our chapter meeting in November, Trude Haecker shared an overview of what’s at stake related to child health with the forthcoming census.

Our nation undertakes a census count every 10 years. What we learned from the last census in 2010 was that we missed counting about 2 million children.  Since allocation of federal funds is calculated based on population head counts, undercounting children has major implications, leading to insufficient funding for key programs and services for child health and well-being such as Medicaid, schools, early childcare settings, WIC, libraries, hospitals etc. Beyond these important functions, the census serves public health research and practice. Population counts provide statistics used to obtain disease prevalence and rates. Inaccurate counts limit our ability to understand and track disease over time. Accurate and demographically stratified statistics allow us to better understand the social determinants and their impact on health. According to William O’hare, PhD, a demographer with a focus on child health, census data collected in 2020 will determine how about $25 trillion federal dollars are distributed to states over the decade from 2021-2030.

There are lots of reasons for kids not getting counted:

What can pediatricians do? Here are some ideas which I hope are useful:

As always, don’t hesitate to contact me (Deborah.moss@chp.edu) or Annette (amyarick@paaap.org) with questions or ideas!